The concept of mottainai - a sort of  Japanese version of ‘waste not, want not’  - is ideally suited for modern lifestyles, and really fits with the Raft ethos. Here’s what it means, and how you can bring it into your home...

If your grandparents or great-grandparents were children in the late 1940s or 1950s, the notion of ‘waste not, want not’ is probably second nature to them. A typical 1950s childhood was one of necessary frugality; two million homes had been destroyed during the Blitz and food rationing did not end completely until 1954. Clothes rationing had continued until 1949 and Utility furniture had been introduced in 1940 to reflect the shortage of raw materials and to limit consumption.

Household goods and appliances were designed to last but, if they did break down or were broken, they were repaired rather than discarded. Dolls’ hospitals did a roaring trade. So, although they would not have been aware of the word, mottainai, a child of the 1950s would have been more than familiar with its application as an essential part of everyday living.

Like wabi sabi, the concept of mottainai originated in Japan. It has its roots in Buddhist philosophy, embracing the twin notions of interdependence and impermanence as well as reflecting the Shinto belief in animism – the idea that everything, including everything that is made – has a spirit. The term in Japanese conveys a sense of regret over waste; the exclamation "Mottainai! meaning something like "What a waste!"

These beliefs have crystallised into the four Rs – Reduce, Reuse, Recycle and Respect:

It’s not surprising, therefore, that in the latter half of the 20th century, the four Rs of mottainai found a natural partner in environmentalism, and a 21st century champion in environmental activist and Nobel Peace Prize recipient, the late Professor Wangari Maathai of Kenya. And the message of mottainai continues to be heard: 16-year-old Swedish student, Greta Thunberg, inspired many thousands young people around the world when she addressed the United Nations climate conference and took world business leaders to task in Davos. 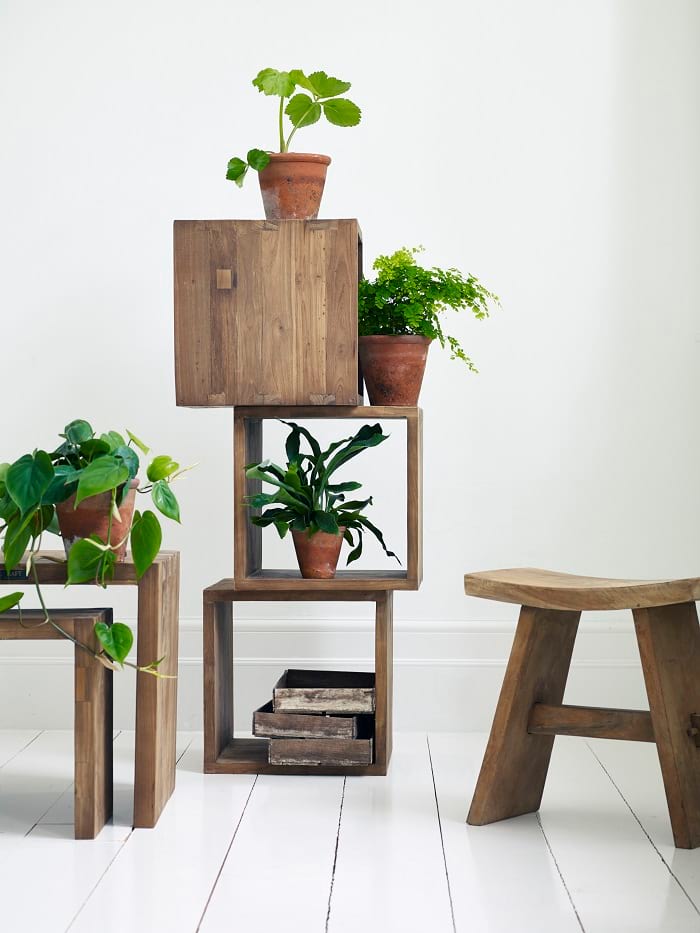 Raft storage and furniture made from reclaimed teak[/caption]

The aspect of mottainai that has particularly captured creative imaginations in the 21st century is the marriage of recycling and reusing or repurposing. It’s a marriage that has provided a platform for a new generation of entrepreneurs, who have become adept at taking one old thing and turning it into a very useful and highly desirable new thing, with impeccable eco-credentials.

We call them Raft Punks – people who share Raft’s own ethic. People like Lizzie Harrison, who, in 2007, launched fashion firm Antiform, ‘a forward thinking fashion company with an irregular twist, pushing the boundaries of ethical, sustainable design by using reclaimed materials and mixing fashion forward shapes with heritage craft.’

People like Tristram Stuart and Rob Wilson, of Toast Ale, who developed a process to turn stale bread into excellent beer; or Dom Bridges of Haeckels who makes skincare products from natural seaweed harvested from the British coastline. And people like Matthew Quitter of London Electric Cars, a company that gives new life to classic cars by equipping them with electric engines.

Breathing new life into the old

Recycling and reusing or repurposing isn’t new, of course; in the past, hand-knitted garments were regularly unravelled and then knitted into something else, a centuries-old practice that inspired the Boston, Massachusetts-based company, Reknit. And Amy Twigger Holroyd’s website Reknit Revolution is dedicated to ‘reknitting: the reworking of existing knitted items using knit-based skills, techniques and knowledge.’

This rekindled interest in giving garments a new lease of life isn’t confined to knitting, witness the popularity of BBC2’s The Great British Sewing Bee. A third of the programme is dedicated to demonstrating the technical skills and flair for design required to transform an old garment, such as a pair of flared denim jeans, into something new, eye-catching and wearable. (The series itself could also be said to be a televisual illustration of mottainai. It had been ditched in 2017, after three series, only to be brought back two years later, with a new presenter . . . and 2.4 million delighted viewers tuned in to watch the first programme in the new series.) 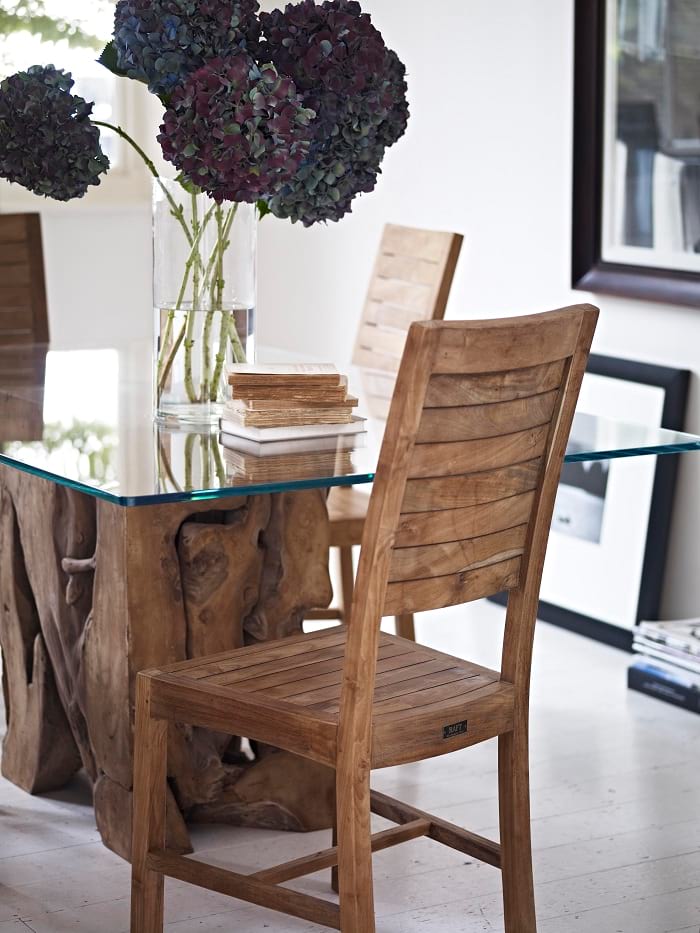 The rise – and possible fall - of built-in obsolescence

It is all a far cry from the built-in obsolescence that we have become so accustomed to in recent decades: washing machines and dishwashers, for example, that cannot be repaired because the parts are no longer made. And what about those top-of-the range hearing aids that cost £3000? As one unhappy former user remarked, ‘They transformed my life so I thought that they were worth every penny – until one of them went wrong a few years down the line and couldn’t be repaired.’ The faulty part was now obsolete and unobtainable.

Frustration with ‘the throwaway, consumerist model of electronics that we’ve been sold, and the growing mountain of e-waste that it’s leaving behind’ led to the founding of Restart. It’s a small London-based organisation that encourages people to get together, at Restart parties, to share skills and learn how to carry out simple repairs to ‘broken and slow devices – from tablets to toasters, from iPhones to headphones.’

Launched in 2013, its underlying aim is to demand ‘better, more sustainable electronics for all.’ It also runs a schools programme for early secondary school students, ‘to equip them with transferable skills through repairing electronics, with benefits for people and planet.’ Restart’s approach has taken off, not just in London and the UK but around the world too. 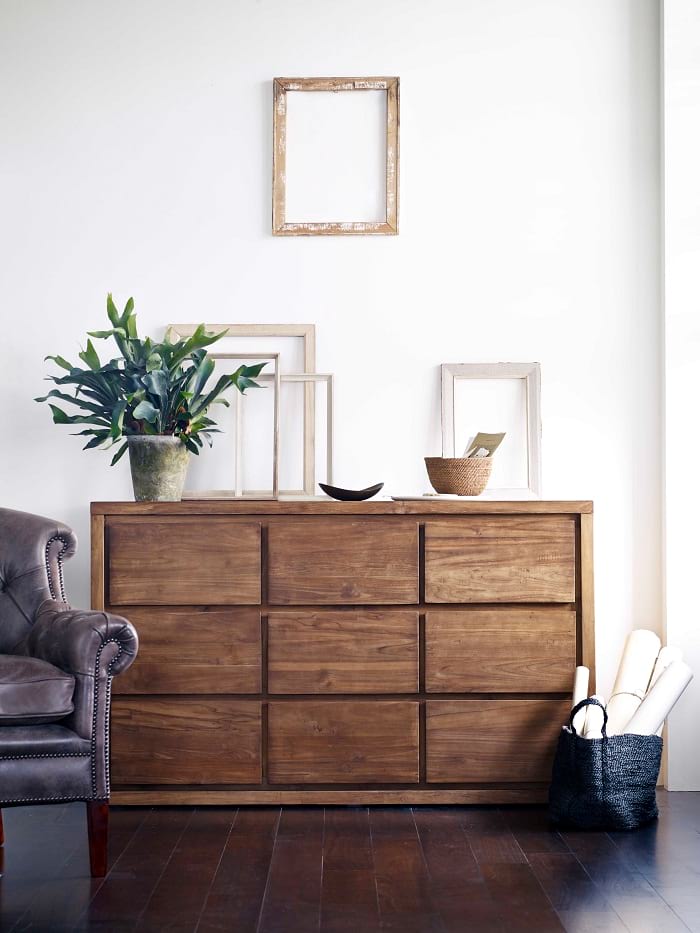 The Hudson chest, made from 100% recycled teak[/caption]

Raft Furniture and mottainai in action

The spirit of mottainai runs through all that we do at Raft. In the 20 years since we launched the business, we have become one of the world’s leading manufacturers and retailers of 100% recycled teak. Every single piece of teak we use to create stylish new furniture was once part of something else, used in a bridge or building, on a ship, or as a railway sleeper, for example.

And that new furniture is crafted to the highest standards, using environmentally-friendly methods, in our factory in Indonesia, thanks to the skills of 300 local artisans. At the same time, our handmade sofas are made by skilled craftspeople at our factories in London and Manchester, using high quality, environmentally friendly, ethically-sourced materials.

We’re proud of the fact that, in terms of style and substance, Raft furniture is designed to last. It won’t date when the next trend comes along and it’s robust and well-made enough to give you years of use. It is, in every respect, very mottainai. 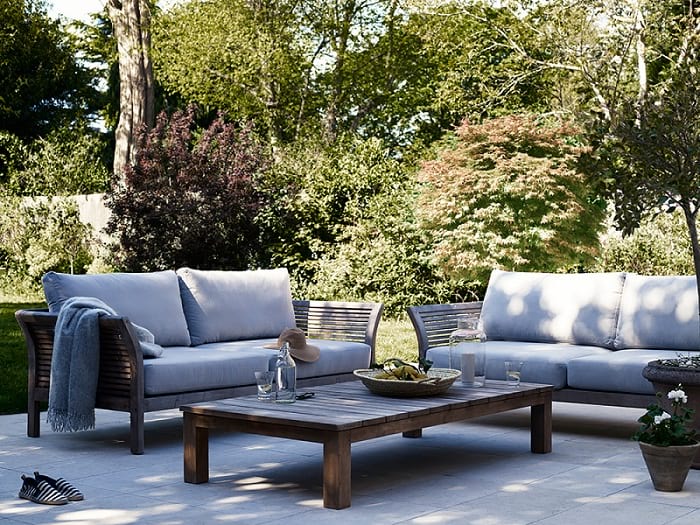