We look at why black and white prints are so powerful - even ‘more real than reality’ - and how they can be fantastic statements in your home interior design...

Ask a group of people to produce a list of well-known photographs and we would hazard a guess that most of those photographs would be black and white. We may not always be able to name the photographers but images like the couple kissing in Times Square on VJ Day (and its European twin, an entwined Parisian couple); a relaxed, laughing Mick Jagger, tousle-haired, eyes closed, head tilted; a migrant mother and her two children during America’s Great Depression, or the identical twin girls in matching dresses and headbands might make an appearance in that list.

So what is it about black and white photographs that makes them so memorable? One theory is that, because most of us live in a world of colour, a powerful black and white image presents us with a new view of the familiar – in the way that good poetry can give us fresh insight into everyday experiences. 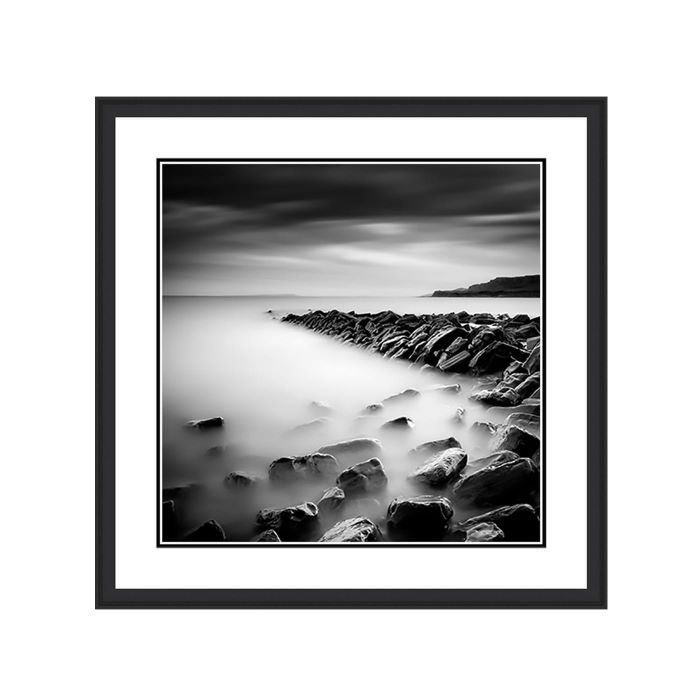 And some of the most memorable black and white images captured by photojournalists, such as David Goldblatt in South Africa and Margaret Bourke-White at Buchenwald have helped to change not only our view of history but, by bearing witness, of history itself. 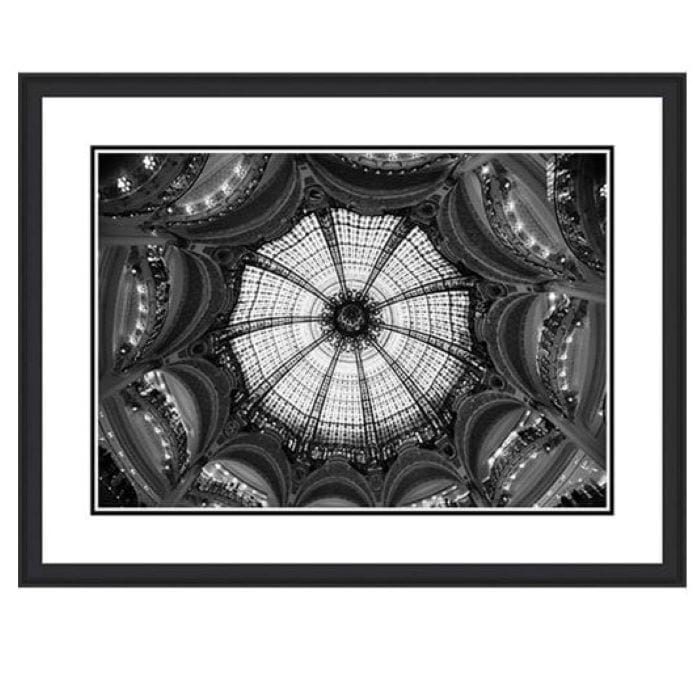 It’s almost 200 years since French inventor, Joseph Nicéphore Niépce revolutionised the way we record the world and our lives: in 1825, he produced the first black and white photographic image that has survived. It was, appropriately and prophetically, an image of a window. Almost 70 years would pass before Lipmann Gabriel took the next major photographic leap, with the first successful colour images. But, in the interim, black and white and monochrome photography captured the public’s imagination; the work of pioneers like Julia Margaret Cameron, Eugène Atget, Louis Daguerre and Eadward Muybridge, William Henry Fox Talbot and Alfred Stieglitz, for example, is still celebrated.

Daguerrotypes of family members, dating from the 1850s, are now cherished possessions – the earliest accurate images, if we are lucky enough to own them, of our forebears. The latter part of the 19th century was a boom time for local photographic studios, as formal portraits and photographs of family groups became fashionable and increasingly affordable. Our ability to trace distinctive features – the family chin, the family nose, the dimples – now spans three centuries.

While local studios were beginning to record family images for posterity, the world’s first photojournalists were also making their mark, often recording scenes of conflict – Carol Szathmari, the Crimea War (1854), and Matthew Brady, the US Civil War (1861-65), for example. Photojournalism came into its own in the 20th century, with photographers such Robert Capa covering the Spanish Civil War, and Walker Evans the Great Depression.

Four years before Bert Hardy took his iconic photo of two carefree young women at Blackpool, he had been serving with the Army Film and Photographic Unit and was one of the first photographers to enter Belsen after it was liberated. His work stands as a permanent testimony to what happened there – a lesson for history. Hardy was self-taught and had joined Picture Post in 1941, working with the magazine until 1957; he became one of the UK’s best-known photographers and his unforgettable work continues to inspire new generations of photographers and photography lovers. 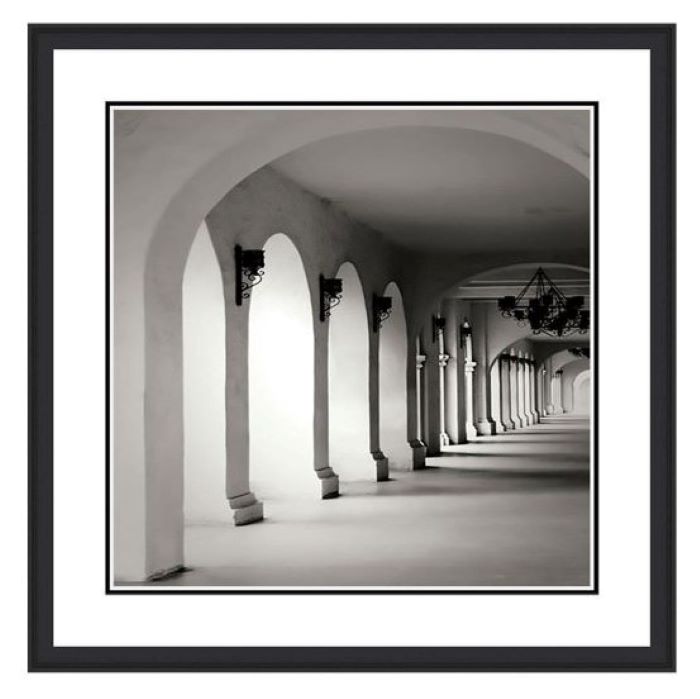 The distinctive features of black and white photography 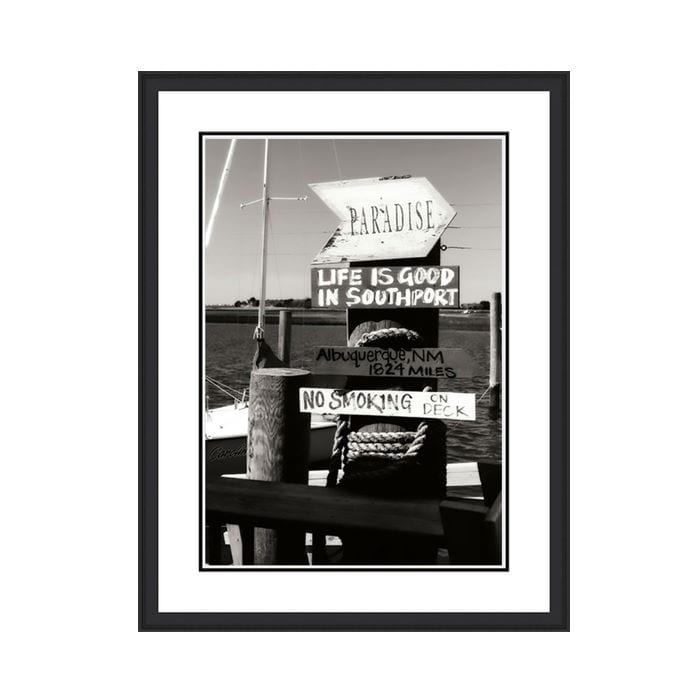 Why we love decorating our homes with black and white photographs

Our love affair with black and white photography endures, so much so that many of us choose to decorate our homes with images that resonate for us. This article, for example, is being written within sight of a Mick Ratman photograph of Joan Baez and Bob Dylan in London’s Savoy Gardens (1965); a Hayward Gallery poster from 2004, advertising a Jacques Henri-Lartigue exhibition and featuring a 1930s portrait of Lartigue’s model and muse, Renée Perle; a desk, a cat and an open window, with a view of a Provençal summer landscape, captured by Willy Ronis in the 1950s; a Hoppé portrait (1923) of a young Rebecca West sporting a fashionable Russian kokoshnik, and a similar portrait of an unknown sitter from the same era, taken by an equally unknown photographer. 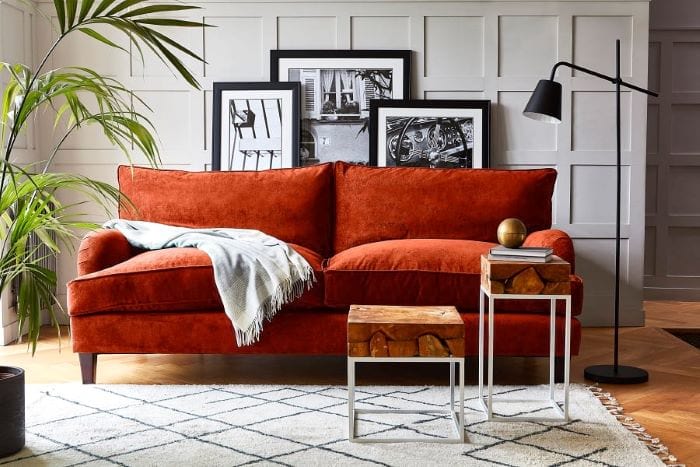 How to choose black and white photographs for your home

You may have a stash of small, old, black and white family photographs that are tucked away in boxes or drawers. Simply framed and grouped together, they work well in an area that gets plenty of traffic, such as a hallway – a daily helping of cherished family memories.

Choosing larger images for particular rooms is very much a matter of personal choice but whatever your preferred subject matter, we think you’ll find something to delight your eye in Raft’s carefully selected collection of black and white photographic prints. 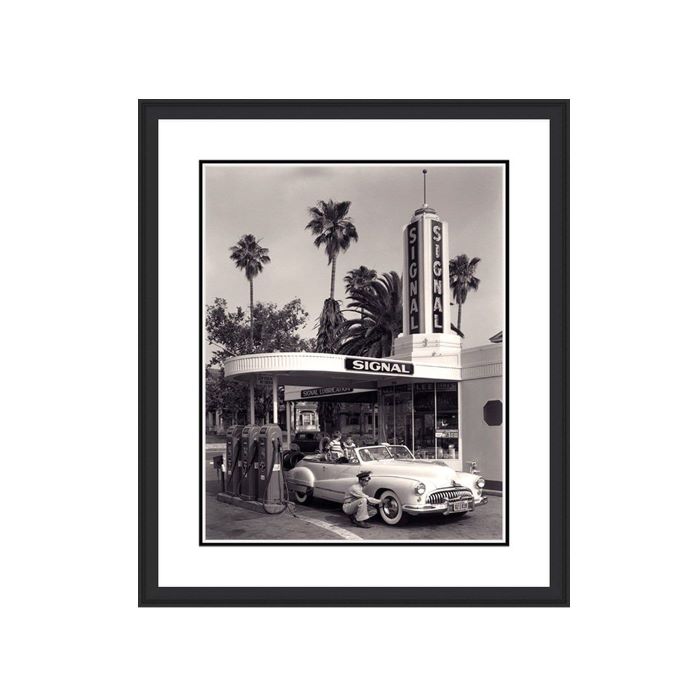 They range from calming images such as St John’s Bridge in Portland, Oregon to the columns and arches of El Prado (ideal for a bedroom, perhaps), to retro Americana, including an aerial view of the Art Deco Chrysler Building in New York and a 1950s gas station, complete with a stylish convertible and smartly attired attendant. Retro images can work well in a dining room as triggers for conversation and strong opinions… 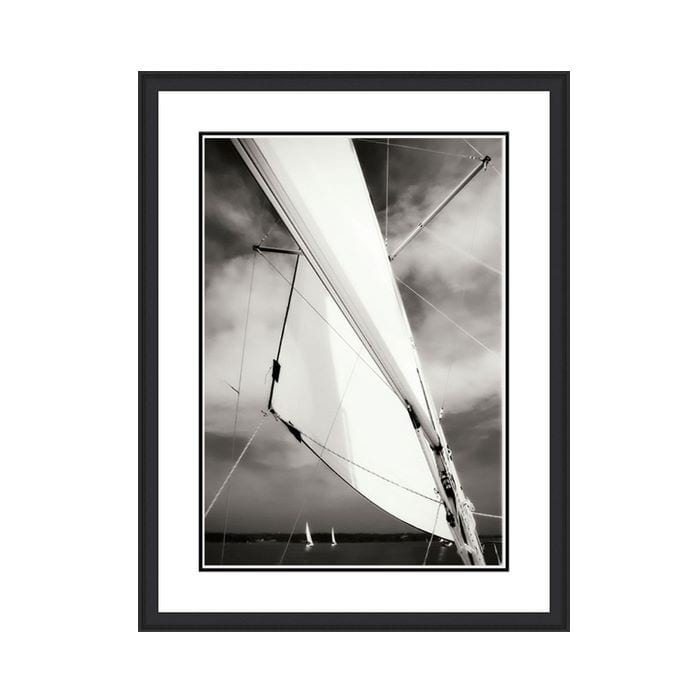 If you are keen on travel, you’ll find images from as far afield as Agra, Chicago, and Point Reyes, by way of Venice, Paris and Kimmeridge Bay in Dorset. There are prints of the historic clipper, Star of India (built in Ramsey, Isle of Man in 1863) and yachts in Chesapeake Bay – perfect for a sea-lover’s study or family room. 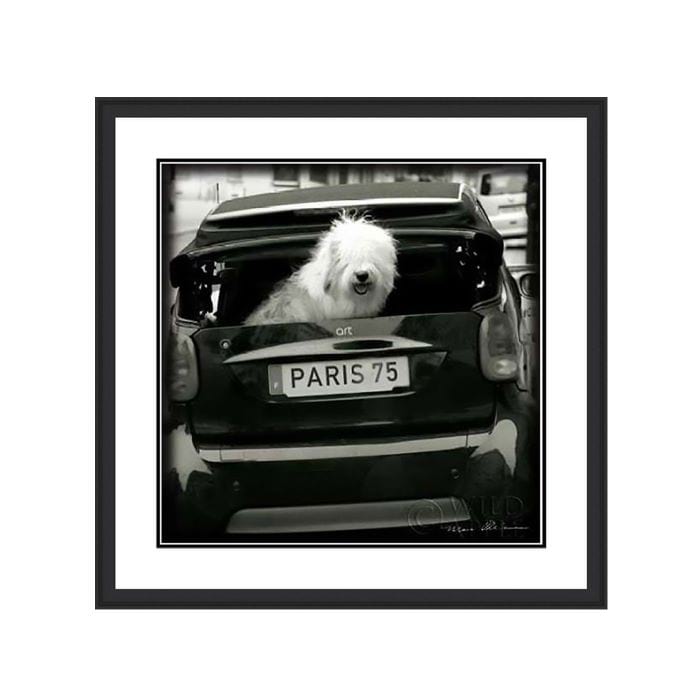 There are fun images too – a Parisian dog in the open boot of a car, clusters of handpainted signs on a dockside, and Banksy-attributed grafitti in London and Los Angeles. Images like these work well almost anywhere, including bathrooms and kitchens. 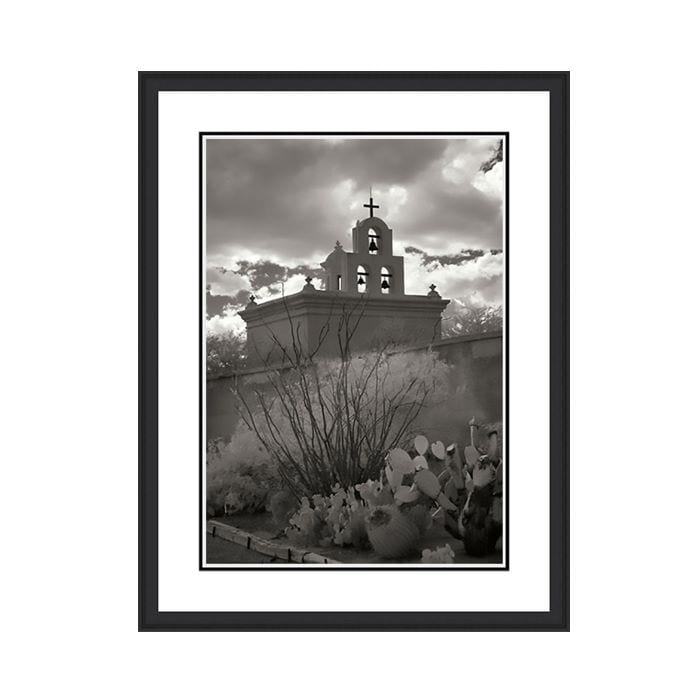 If you have a penchant for structure, lines and shapes, you’ll find those too – the underside of bridges, glass and steel architectural elements, and riverside benches. For contrasting light and shade, take a look at the sunbeams in Chicago Union Station and clouds hiding the sun behind San Xavier Mission in Tucson, Arizona. 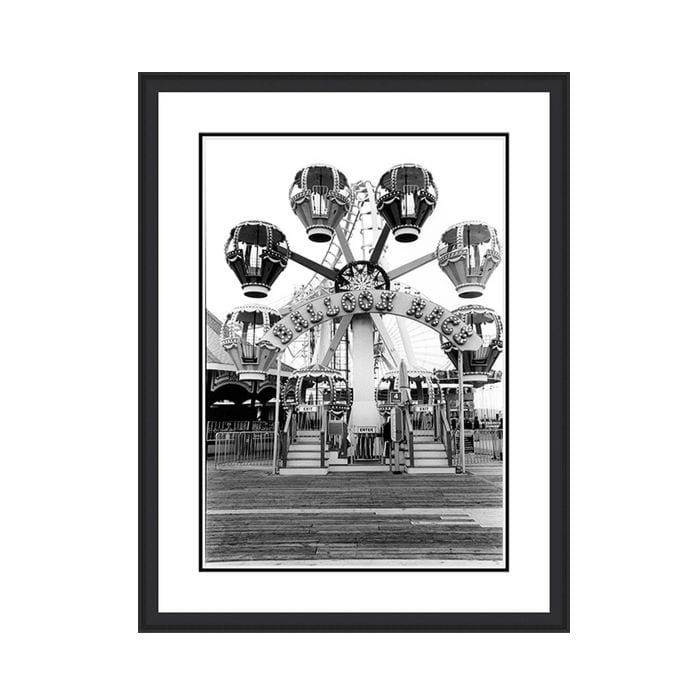 Alternatively, you might not want to stick to a particular theme but opt for a more eclectic selection and create your own photographic narrative – empty chairs in the Jardin des Tuileries, alongside fairground attractions and a classic car wheel. 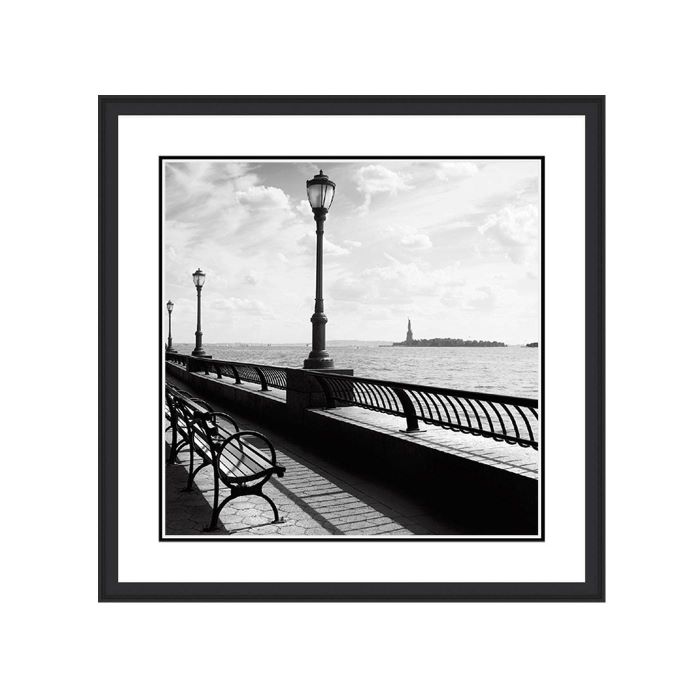 To help you decide what will work best and where, you need to consider wallspace size and shape, and how you use a particular room; one or two large prints may work best or a group or line of smaller prints. The Raft print collection offers you a choice: you’ll find prints in landscape, portrait and square format and all prints are available in different sizes. Liberty Bench, for example, is available in three sizes, from large (77 x 78cm) to small (55 x 56cm).

Professional photographers are famously – and rightly - demanding in terms of the materials used for printed and framing their work, so Raft has followed their example in producing its collection. We use quality matt photographic paper and lightfast inks, to ensure the highest level of quality for each print, and all are dry-mounted to prevent any rippling. A combination of double acid-free mounts and quality Perspex rather than cheaper alternatives, such as glass or acrylic, means that zero breakages occur when moving artwork.

We opted for classic, gallery style, matt black wooden frames, which offset photographic images well and will suit almost any home, office or business interior. Each frame is completed with a smooth black cushion and a step and the entire collection is hand made in the UK.

Raft offers beautiful and enduring furniture and accessories for the home, garden and office. You can view our entire range here.